Please enter your username or email address. You will receive a link to create a new password via email.

Spokane Valley Real Estate vs Downtown Spokane: Where Should You Move? 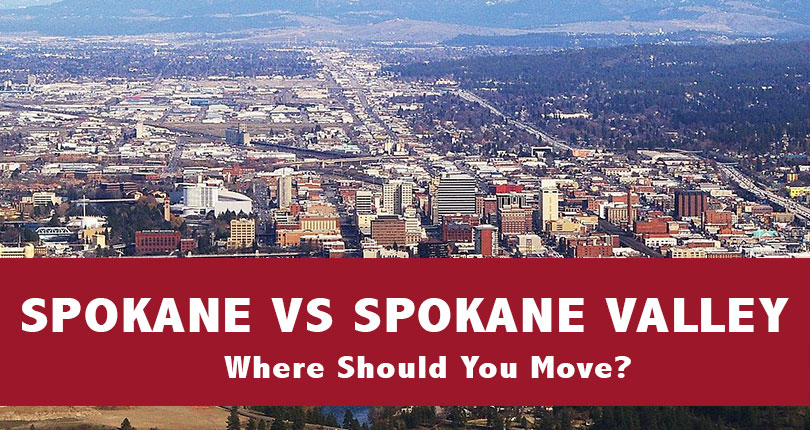 If you’re not from the area or are new to Washington entirely, then you may find yourself confused when hearing about Spokane vs Spokane Valley. Both are great cities with growing populations and booming real estate markets. They have quite a few similarities but also some major differences that are worth considering. If you plan on moving to the area, then it’s a good idea to familiarize yourself with these two towns, what they have to offer, and how they differ.

Let’s start with their similarities.

Both Spokane and Spokane Valley are cities in Eastern Washington located along the Spokane River. They are both a part of Spokane County and are in close proximity to the same sites, businesses, and attractions. We’ll dive deeper into some of the best activities and landmarks in the area shortly.

The two cities also share a very similar history. Spokane has been home to native tribes for thousands of years. Specifically, it was home to the Spokane tribe, which is where both cities and the country earned their name. When translated from its Salishan origins, the word “Spokane” means “Children of the Sun.” It eventually became home to American cattle ranchers during the 1870s.

In 1880, the U.S. Army established Fort Spokane just northwest of what is now the city of Spokane. Within a few years, it was connected to the rest of the country via the railroad. It was officially incorporated as a US city in November of 1881 with a small population of 1,000 residents. Shortly after, gold was discovered in nearby regions and Spokane became a hotspot for traveling miners hoping to profit from the gold rush.

As for Spokane Valley, it was originally part of the city of Spokane itself. It was not incorporated as its own city until 2003. At that time, it became the 3rd largest city to be newly incorporated in recent history. Spokane Valley consisted of multiple areas in Spokane, such as several census-designated places like Veradale and Greenacres.

The legal battles involved with incorporation lasted for several years. Spokane Valley desired a stronger voice in the government and wanted to remove itself from its reliance on Spokane city. The battle for incorporation was eventually won and the city of Spokane Valley was founded. Even today, many residents in the city harbor some resentment toward Spokane city and take pride in their differences despite their many geographic similarities.

Now let’s look at some differences between the two.

As an offshoot of the original Spokane city, Spokane Valley is of course considerably smaller with a much lower population. Spokane is still the largest city in the county with 68.7 square miles of land and a population of around 222,000. By comparison, Spokane valley only has 37.7 square miles of land and a population closer to 101,000. Thus, if you prefer a more rural, small-town environment, then Spokane Valley is the better destination. If you would prefer to move to a larger city with a more diverse downtown environment, then Spokane city will suit you more. 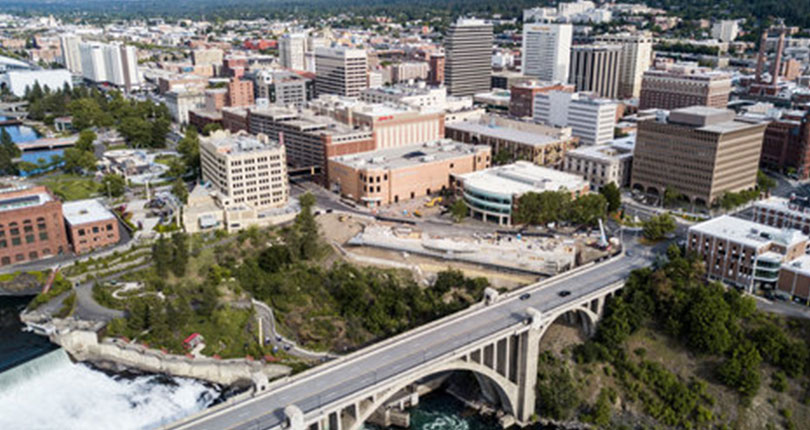 The city of Spokane works with a mayor-council government model. This means that there is a single mayor who is elected by voters in the city as well as a city council that is also elected by the voters. The 43rd mayor was David A. Condor. He served as deputy chief of staff for a US congresswoman before being elected in 2011. He was succeeded in 2019 by Nadine Woodward.

Spokane Valley operates slightly differently with a council-manager government model. This means that there is no elected mayor. Rather, the voters elect a group of council members to handle legislative matters. That group then chooses a mayor every two years. Unlike Spokane city, the mayor of Spokane Valley is mostly a ceremonial position. 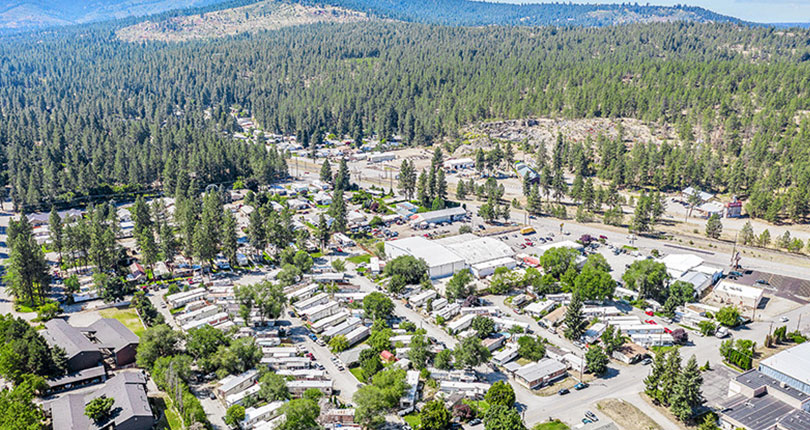 As you might expect from two cities of such different sizes, there is a large difference in the crime rate between the two. Spokane Valley has a significantly lower population and thus a much lower rate of crime. Spokane, with its large downtown areas, has a fairly high crime rate. The crime rate in Spokane is nearly twice as high as the average in the state with a crime rate of 64 per 1000 people.

Spokane has put a lot of work into lowering its crime rate over the last few years. One way they have helped accomplish this is by transitioning from a traditional police department system to a community policing system. This new model has been introduced in several downtown regions and has helped lower the crime rate in each of those areas.

Spokane Valley has a clear advantage when it comes to crime, but it does suffer in other areas due to its rural nature. One such area is the existing transportation infrastructure. Traffic congestion on the primary interstates through the city is becoming a significant problem. However, the local government is taking measures to improve the transportation system and reduce congestion. We will surely see newer roads and ramps alleviate the problem in the coming years.

Due to their close proximity, both cities have easy access to some of the same great attractions like landmarks, museums, and parks. Let’s take a look at some of the best activities to enjoy if you ever find yourself investing in Spokane Valley real estate.

Founded in 2005, the Spokane Valley Heritage Museum is one of the most popular destinations to visit in the city. If you’re an avid fan of history, then you’ll certainly want to schedule some time to visit the building. It’s worth visiting even if you ultimately decide not to invest in Spokane Valley real estate. In 2013, the museum received the ceremonial “key to the city.”

The museum utilizes a “story-like” format to present visitors with plenty of information regarding each of their exhibits. They have access to more than 6,600 archive records which can all be searched through on their digital database. They also sport a collection of more than 11,000 historical images and artifacts that cover several centuries of history.

The primary focus of the museum is local history from Spokane Valley and the surrounding area. However, they maintain several rotating exhibits that focus on state and country history. Traveling exhibits from the Smithsonian library are displayed frequently and are a great way to view artifacts and records that are not as readily available in the area. 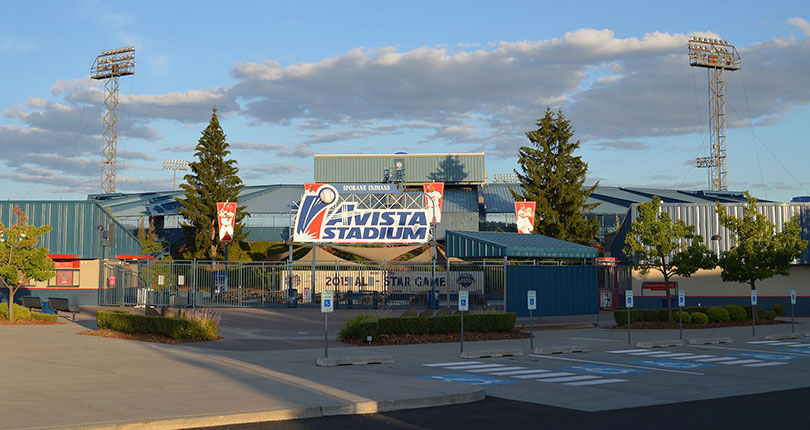 If you’re a fan of sports, baseball in particular, then you’ll immediately form a connection with the local High-A West team, the Spokane Indians. They play all of their home games at the large Avista Stadium, which can seat a total of 6,803 fans.

The Spokane Indians are a small-town team with a fairly impressive record. The locals are very proud of their sports achievements and for good reason. The Indians have won a total of 8 NWL titles since joining the league in 1982. They also spent several years in the Pacific Coast League where they won a total of four titles as well.

The stadium was built on the original Interstate Fairgrounds and took less than four months to construct in 1958. To this day, it remains one of the largest Class A ballparks in the country. It has hosted various teams over the years, including the Los Angeles Dodgers and the Milwaukee Brewers.

There is also a much older wooden stadium in the city that was used prior to the construction of Avista Stadium. The Ferris Field ballpark is only a short drive west of Avista and still sees some occasional use. The field was built in 1936, but suffered serious fire damage in 1948 and needed to be rebuilt.

Spokane Valley isn’t cluttered with the same urban development present in Spokane city. There is still plenty of nature to experience and some of the best scenery available in Washington. There are roughly 254 acres of parkland with several notable parks, waterfalls, and natural springs. Spokane Valley has become a popular destination for hikers and rock climbers looking for a new experience.

The Spokane River Centennial Trail is a paved trail that stretches for 37 miles across Eastern Washington. In addition to passing through Spokane Valley, it also crosses through Liberty Lake, Washington city, and Spokane city. It eventually crosses the border into Idaho and transitions to the North Idaho Centennial Trail. If you enjoy hiking and want to enjoy an endurance adventure across multiple cities and states then this trail is a must-visit.

The most popular park in Spokane Valley is easily the Mirabeau Point Park. This is a 55-acre

park that includes some of the best views in the city, including the Mirabeau Springs, Discovery Playground, and several memorable waterfalls. You can easily find yourself spending weekends here without ever getting bored. There are plenty of events hosted throughout the year and it is a great place to bring the entire family.

The Mirabeau Point Park includes many impressive trails that will accommodate hikers of all skill levels. Several of these trails pass by notable geology sites that are worth a visit. There are enough trails and sites to visit that you’ll have something new to see every time you visit.

One of the best destinations in Mirabeau Point Park is the Mirabeau Springs. It has nearly 8 acres of land with a large pond and a 40-foot waterfall. There’s no swimming or fishing allowed at the pond, but it’s worth the visit just for the sightseeing. It also connects to a Centennial trailhead where you can begin your hiking adventure through Eastern Washington. 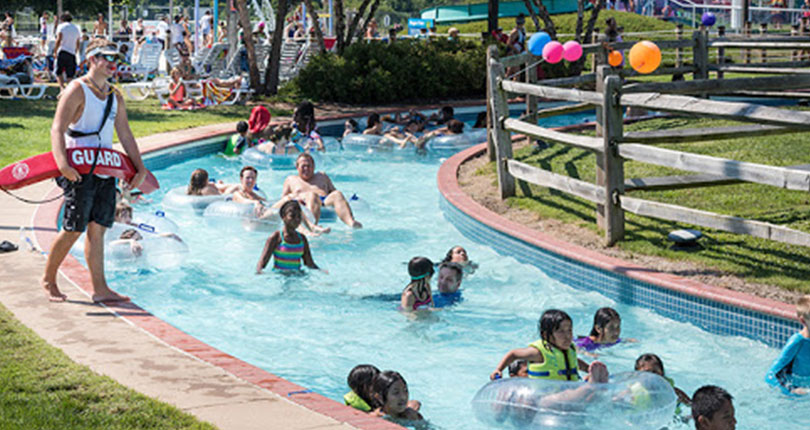 Finally, if you’re looking for an exciting activity for the entire family, then the Splashdown Waterpark needs to be on your itinerary. It’s a mid-sized water park that has been in operation since the 1980s. Over the decades, they’ve had several advancements thanks to funding from the city and eager investors. It faces some stiff competition from the Silverwood Theme Park in nearby Idaho, but there’s no reason that you can’t enjoy both.

The main attraction in the waterpark is the famous “Fastball.” It honors the town’s rich baseball history in name as well as speed. It’s a six-story enclosed plunge that can be enjoyed by adults as well as young teens. There’s simply no better way to cool off during those hot summer months.

Spokane Valley vs Spokane City: Where To Live?

As you can see, these two cities share some similarities that stem from their close proximity and combined history. However,  if you’re interested in buying a home in the area, then you need to consider your priorities carefully. Spokane may be a more advantageous location for the budding entrepreneur, but Spokane Valley is clearly a better choice for the growing family. It has a significantly lower crime rate, access to great school systems, and some of the best attractions in the area.

How Fast Are Homes Selling In Spokane?

The Benefits of Working With a Spokane Real Estate Company

The world of real estate can be stressful. If you're preparing to step into this world to buy or...

How Fast Are Homes Selling In Spokane?

Perhaps you own an unwanted property in Spokane, Washington? Holding onto it might be a costly...

The 10 Pitfalls of For Sale By Owner Chances are, you've noticed a "for sale by owner" sign...